Living Constitution in Indonesia: The Study of Constitutional Changes Without A Formal Amendment 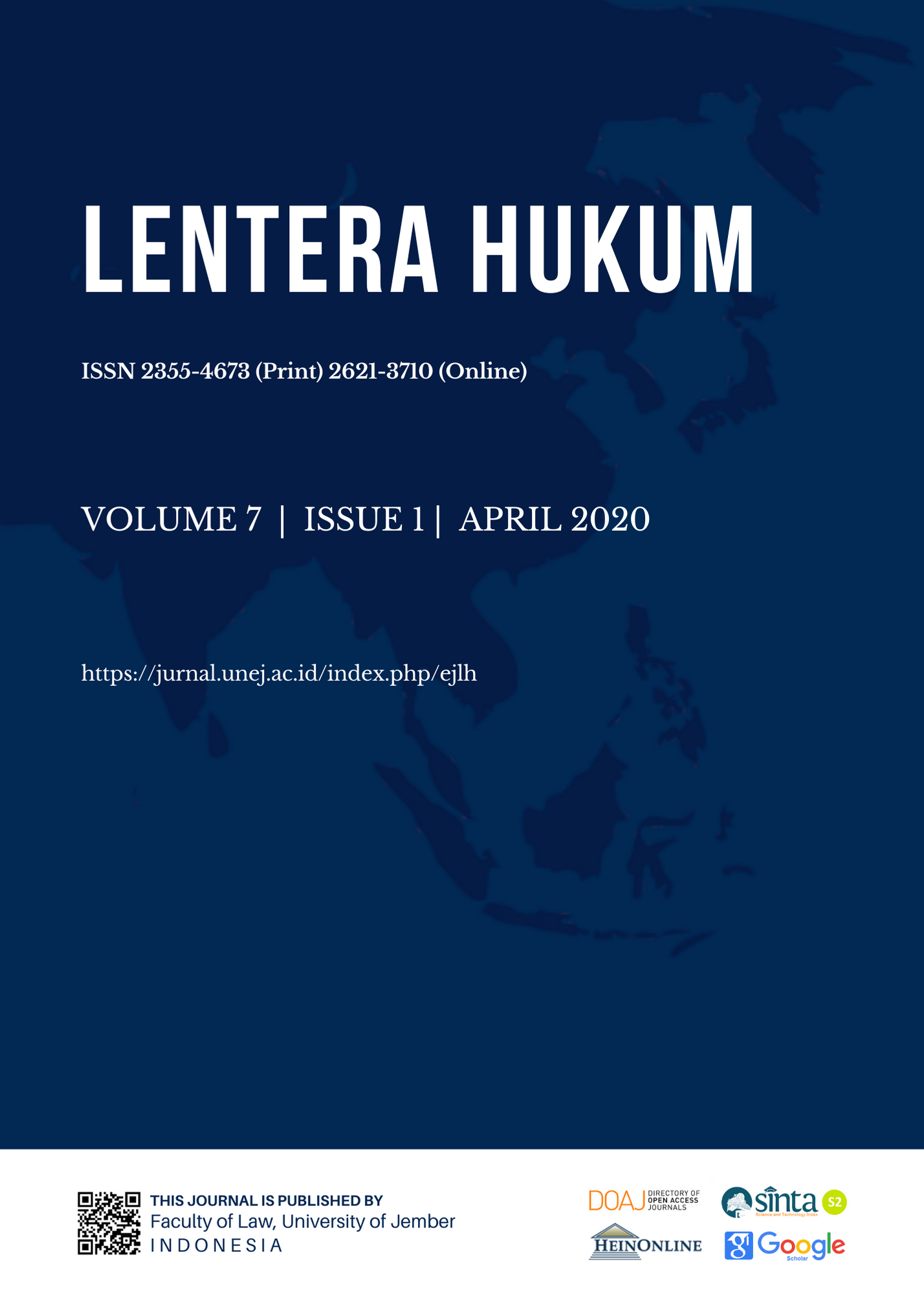 LENTERA HUKUM is a refereed periodical law journal at the Faculty of Law, University of Jember, Indonesia. All papers published in this journal were under a double-blind peer-review. Published three times a year (April, July, November), this journal aims to publish impactful scholarships that reflect an increasingly importance of legal analysis on the Global South perspective with references to Asia, the Middle East, Africa, the Pacific Islands, and Latin America. This journal is comparative by its focus and deals with all areas of law and legal systems of the Global South countries.