This study focuses on sexual negotiations carried out by women because of the marital rape that their husbands did. Marital rape itself is a form of violence or forced sexual activity of a husband to his wife. Where, in this case, there are women's rights violated. It is based on the dichotomous ideal role of women and men in marriage, which is a manifestation of gender status that has implications for the division and subordination of sexuality to women. The researcher used the theory of feminist existentialism Simone de Beauvoir, to show the position of women as a socio-culture and sexually subordinated people and women's ability to demonstrate their existence through sexual negotiations in marriage. This study used qualitative feminist methods by using in-depth interviews with seven women who experienced problems with marital rape in their marriage. The results of this study are that sexual negotiation is created because of sexual injustice in the form of marital rape experienced by women in their marriages, where the sexual negotiation room is used by women to bargain with their husbands or even themselves. This process of negotiation shows that women can also fight or show their existence in marriage. It means that women do not have to sacrifice their marriage to be able to show their existence. Women can still be the subjects while borrowing the same structure as patriarchy.

Painter, Kate. 1991. Wife Rape in the United Kingdom. A paper presented at the American Society of Criminology. Diakses pada 15 januari 2019 melalui http://www.crim.cam.ac.uk/people/academic_research/kate_painter/wiferape.pdf; on. 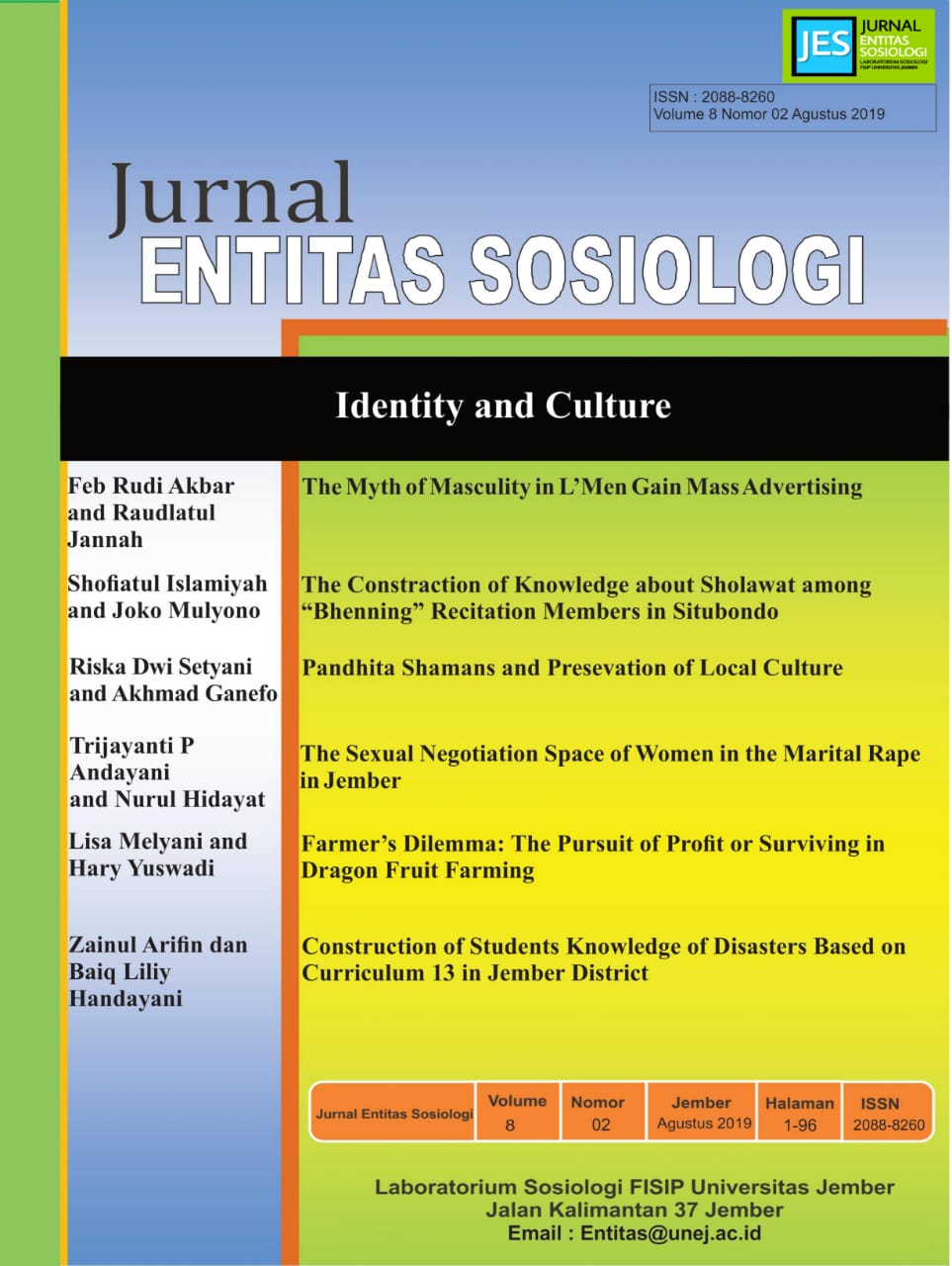