The uniqueness of natural biodiversity in East Kalimantan is a great potential to be developed as tourist attraction, especially related to ecotourism. Pesut Mahakam as one of the uniqueness is a kind mammal that lives in the water. Unlike the dolphins and whales, Pesut Mahakam or its Latin name Orcaella brevirostris lives in fresh water found in rivers and lakes in tropical and subtropical regions. In the past, pesut was mostly found along the Mahakam River in East Kalimantan, so that they were determined to be the identical fauna of East Kalimantan. However, its currently population were significanlyt declining so that the Pesut Mahakam is categorized as a protected animal because it is worried that the population will continue to decline.

Tourism is recognised as a tool for conserving the existence of protected animal such as Pesut Mahakam. The development of ecotourism in river area, wish to protect the existance of this protected animals and its ecosystem while educating the community through the development of community based tourism. This study aims to identify the potential of tourism resources in Muara Pela area, which is one of roaming and feeding area of Pesut Mahakam and also other natural and cultural potentials that can be holistically developed into community-based ecotourism.

This research was conducted using a participatory approach to the community around Muara Pela by assisting the community in the preparation of community-based tourism development programs. 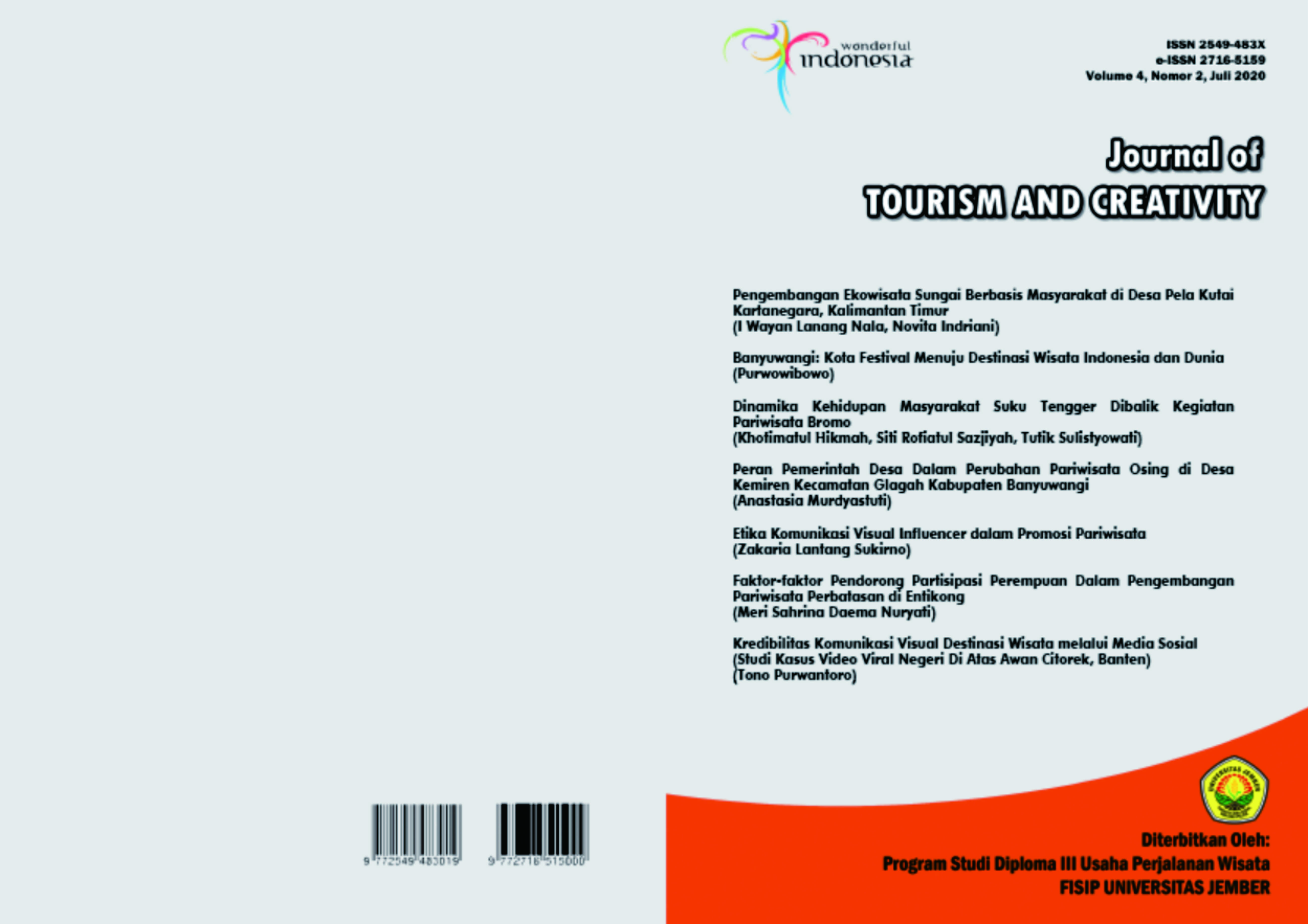 This work is licensed under a Creative Commons Attribution-NonCommercial-ShareAlike 4.0 International License.

Journal of Tourism and Creativity is published by

Faculty of Social and Political Science,

This work is licensed under a Creative Commons Attribution-NonCommercial-ShareAlike 4.0 International License.