From Palestine To Palestine: The Jewish Strategy In Establishing Israel Country on Palestine

This article focuses on how Jews realized Israel on Palestine land. In realizing the dream, Jews established their movement, namely Zionism, to take Palestine over Ottoman Turkey. To analyze it, historical analysis and approach by library research are needed in collecting the data. The study revealed that there were two strategies of Zionism. The first strategy is releasing Palestine from Ottoman Turkey authority. The second strategy is how to take over Palestine land, which was occupied by Palestinian Arabian. The first strategy consists of several ways: insinuating into Ottoman Turkey government and lobbying big countries such as Britain, France, and the USA. The second strategy started by controlling economics in Palestine. The Jewish people who lived in Palestine did it. They terrorized Palestinian people; hence they refugeed and left their homeland. The third strategy is the war between Jews and Arabian which was won by the Jews. Therefore, Israel proclamation did not find any obstacles. However, the proclamation triggered a reaction from Arabian countries, so that it made never-ending conflicts. Eventually, the conflict becomes an international matter. 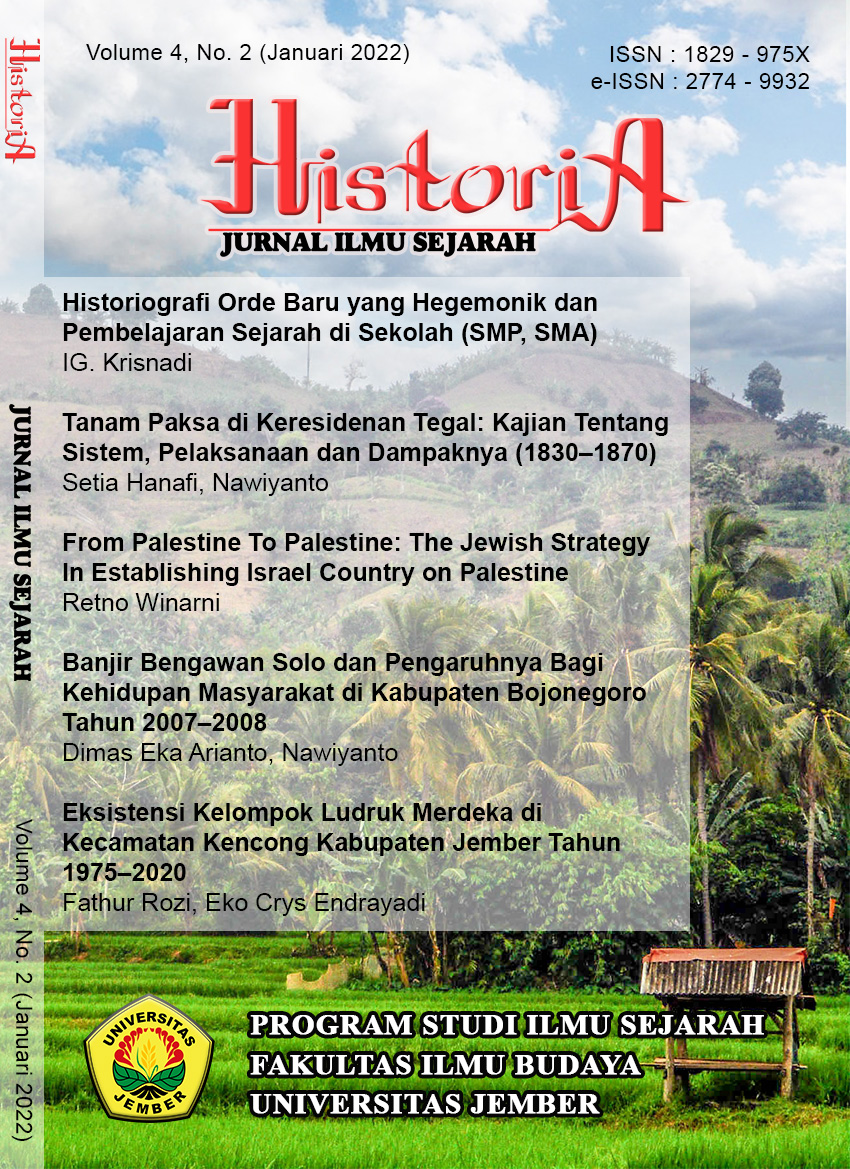