Civil society organizations (hereinafter called CSOs) are separate entities from the government organizational structure, and they are formed by people who have common needs, interests and values. They are important for organizing social movements at the local and/or international levels. CSOs in Ethiopia have existed as informal community-based organizations and self-help associations. However, formal civil society organization has started to exist with a legal personality recently. In Ethiopia, for a decade and more, as a result of the adoption of the 2009 repressive CSO law, civil society organizations did not entirely take part in their role in the country’s social movements and in the promotion and protection of human rights. However, the said law on several occasions has faced strong criticism from national and international CSOs. Accordingly, recently, in January 2019 the Ethiopian Government amended the preexisting law and enacted a new proclamation, Proclamation 1113/2019. Thus, this paper focuses on the newly promulgated CSO legislation and its role for social movements in Ethiopia, as there are changes made in the system of the CSOs and their activities. Therefore, the paper basically examines the peculiarities of the new Ethiopian CSO law in relation with its role for social movement in Ethiopia. By assessing the positive and the down sides of the new CSO legislation, it investigates the possible contribution of the new Proclamation. It also critically scrutinizes the role of the new CSO law in accelerating and promoting the social movements in Ethiopia.

Bump, Philip. ‘Obama Is the Most Polarizing President on Record, but It’s Not Entirely His Fault’. Washington Post, 6 February 2015.

———. ‘Proclamation to Provide for the Registration and Regulation of Charities and Societies.Proclamation No. 1113/2019’. Negarit Gazeta, Addis Ababa, 2019.

Ministry of Justice. ‘Commentary on Charities and Societies Proclamation’, September 2008, 1–8.

Rahmato, Dessalegn. ‘Civil Society Organizations in Ethiopia’. In Ethiopia: The Challenge of Democracy from Below, edited by Bahru Zewde and Siegfried Pausewang, 103–19. Nordiska Afrikainstitute and Forum for Social Studies, 2002.

Stewart, Joseph, and James F. Sheffield. ‘Does Interest Group Litigation Matter? The Case of Black Political Mobilization in Mississippi’. The Journal of Politics 49, no. 3 (1987): 780–98.

Tadesse, Mizane Abata. ‘The Implications of 2009 Ethiopian CSOs Law on the Right to Freedom of Association’. Journal of Ethiopian Law 27 (2015): 62.

Teshome-Bahiru, Wondwosen. ‘Civil Society and Democratization in Africa: The Role of the Civil Society in the 2005 Election in Ethiopia’. International Journal of Social Sciences 4, no. 2 (23 March 2009). 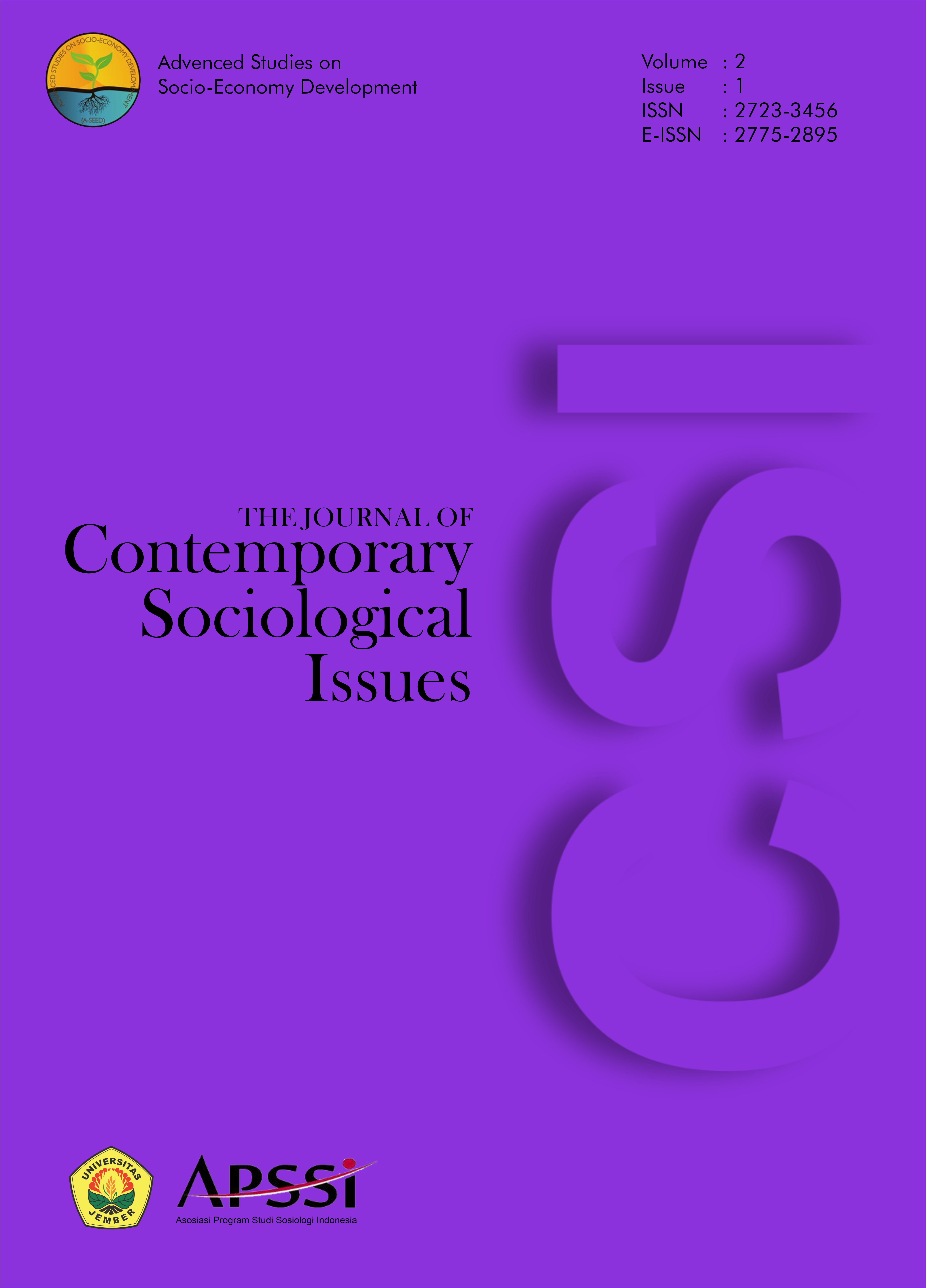 Journal of Contemporary Sociological Issues by https://jurnal.unej.ac.id/index.php/JCSI is licensed under a Creative Commons Attribution 4.0 International License.