Future of Oil and Renewable Energy

Energy is one of the most important elements for every Government in the world, and we have seen struggles for energy between some countries or governments and their people. Energy is a strategic element for countries especially industrial countries, and Oil has been one of the oldest and most important source of energy in the world, since the 19th century, after coal and other kinds of energy. We want to investigate status of Oil as an old energy resource and renewable energy and what will happen in the future for users and producers of it.
Keywords: Renewable energy, Oil, Petroleum, Oil countries, clean energy, Environment 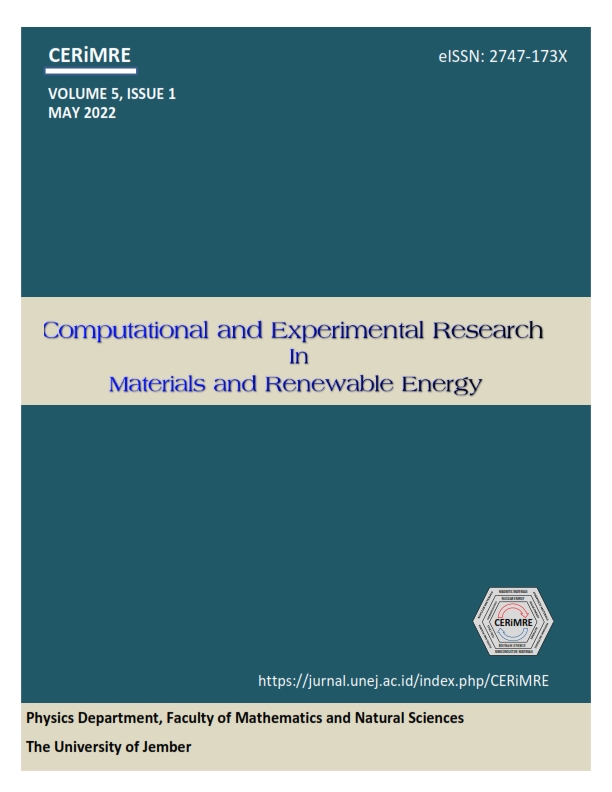 Computational And Experimental Research In Materials And Renewable Energy (CERiMRE)
Published by
Physics Department, Faculty of Mathematics and Natural Sciences
University of Jember
is licensed under a Creative Commons Attribution-ShareAlike 4.0 International License.