In addition to food security, the Government of Indonesia is a major program of economic development and political blue, which focuses on maritime as Indonesia's natural advantages. As an island nation with the longest coastline in the world and 17,508 islands that stretches from Sabang to Merauke, Indonesia holds the potential of marine and coastal outstanding.

In the last two decades, erosion and coastal erosion has led to a reduction in the shores shoreline Indonesia and threaten the lives of coastal communities. One is on the north coast of Tuban, which has suffered erosion and sedimentation with an area of ​​approximately 4200 m2. Based on RTRW Tuban known that all along the coast Tuban there are a lot of infrastructure and activity canters, such as ports, warehousing, industrial, residential, tourism and primary arterial road that connects the northern coast of East Java, West Java. One effort to save damage to the north coast of Tuban is the participation of civil society. Mangrove Center Tuban is one form of active participation of civil society in supporting the rescue of the northern coast of Tuban. This study uses the approach of political ecology and qualitative methods with methods of in-depth interviews to collect data from Tuban informants such as local government, management of the foundation, and local residents. This study aimed to describe the political ecology as a social movement performed by Mangrove Center Tuban to save the northern coast Jenu from abrasion. This research is expected to be input for local government policy Tuban in balancing between development and ecosystem. 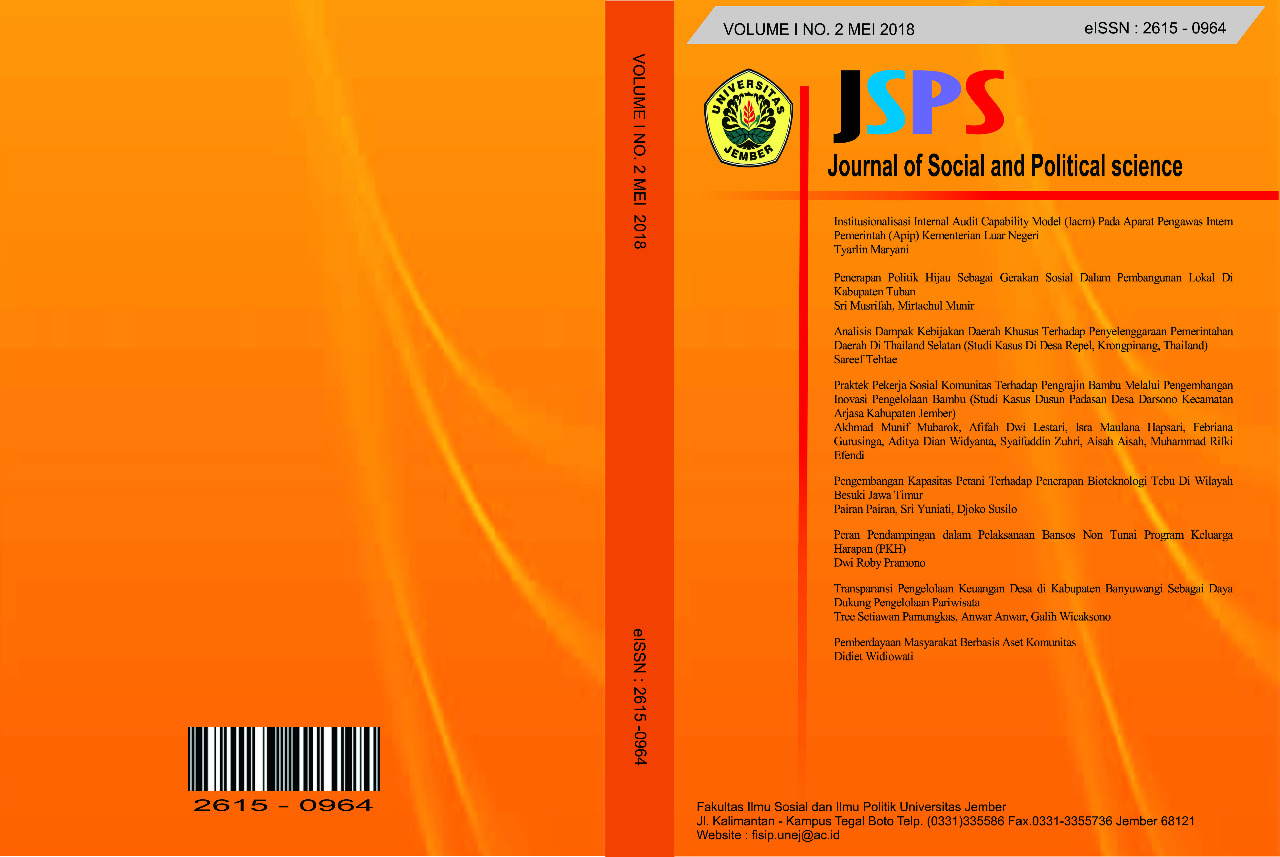 Obs.: This plugin requires at least one statistics/report plugin to be enabled. If your statistics plugins provide more than one metric then please also select a main metric on the admin's site settings page and/or on the journal manager's settings pages.
Additional Menus
Articles Template