Death Penalty in Indonesia: Revisiting the Debate Between the Retentionist and the Abolitionist 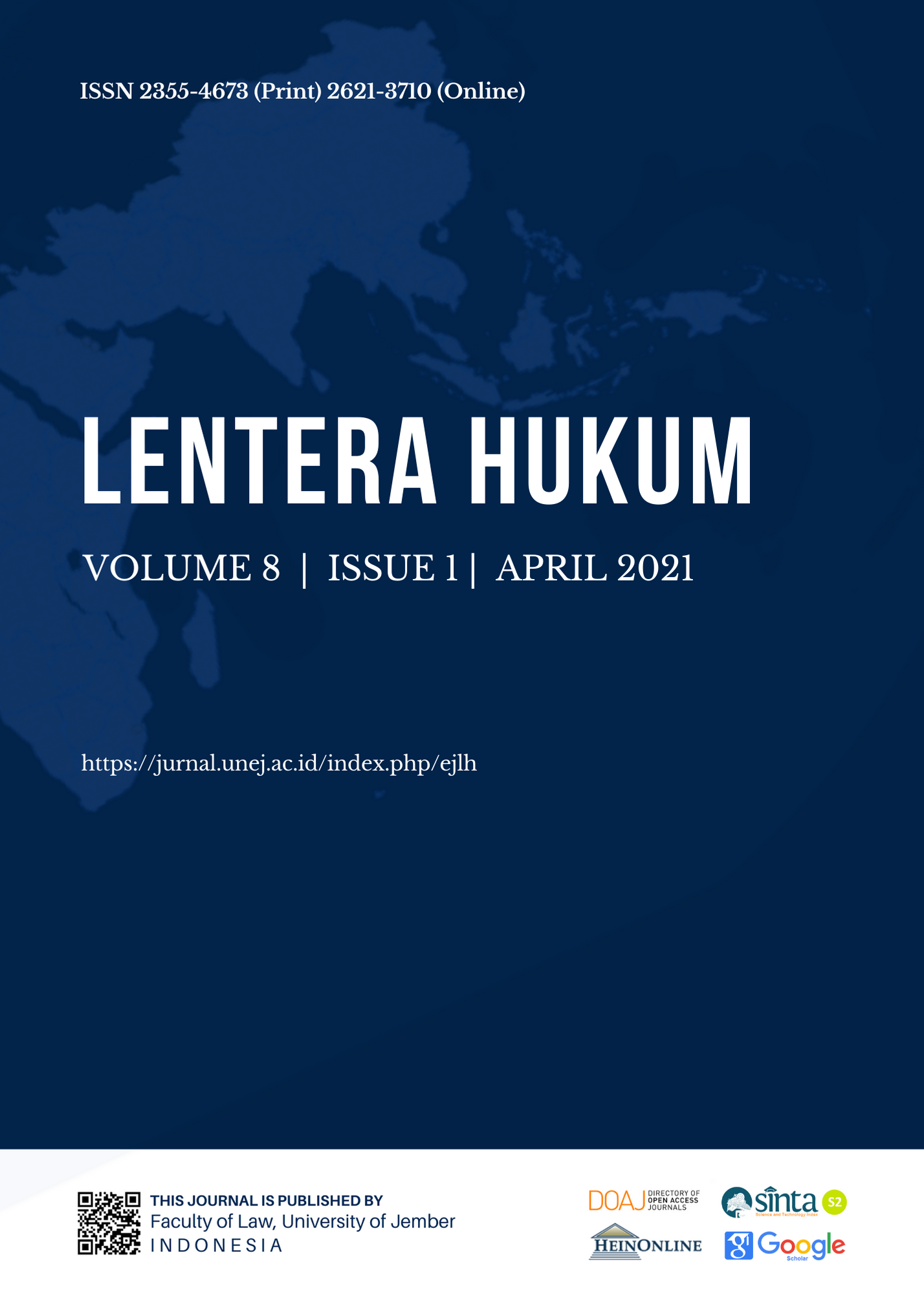 LENTERA HUKUM (Journal of Legal Studies) is an open-access peer-reviewed journal at the Faculty of Law, University of Jember, Indonesia. All papers published in this journal were under a double-blind peer-review. Published three times a year (April, July, November), this journal aims to publish impactful scholarships that reflect the increasing importance of cross-border legal analysis on the Global South countries with references to Asia, the Middle East, Africa, the Pacific Islands, and Latin America.

Index Information
This journal has been indexed in: DOAJ, HeinOnline, SINTA, Google Scholar, and others. Read more...