The appointment of Emirsyah Satar, former President Director of PT Garuda Indonesia, and former Director of PT Mugi Rekso Abadi, Soetikno Soearjo who was the beneficial owner of Connaught International Pte. Ltd. as an intermediary for bribery against the Emirsyah in the alleged bribery case of aircraft and aircraft engine procurement from Airbus SAS and Rolls Royce PLC by PT. Garuda. Cross-border corruption carried out by Rolls-Royce is not only corruption committed by a private entity, but the case is also related to efforts to recognize the concept of Foreign Affairs Bribery as a new type of corruption. This research aims to find out the corruption as a transnational crime committed by multinational corporations and how inter-state cooperative actions can prosecute corruption cases. Legal questions raised are: (1) how can the United Nations Convention Against Corruption mechanism be used in exposing the Garuda Indonesia-Rolls Royce corruption case as a transnational crime, and (2) what legal remedies which can be applied to punish corruption committed between Garuda Indonesia-Rolls Royce? This study argues that, as part of transnational crime, of course, Garuda Indonesia and Rolls-Royce's corruption is an extraordinary crime that is not only detrimental to business practices but also the rule of law in Indonesia and other countries involved. Corruption done by Rolls-Royce, which involved Emirsyah Satar as a former director of Garuda Indonesia, has harmed Indonesia. Thus, Jurisdiction of criminal acts of corruption is needed.  It should be under the legal system of corruption eradication in Indonesia. There is a need for interpretation because Indonesia is part of the state which ratified UNCAC through Law No. 7 of 2006. Therefore, recognizing the Foreign Affairs Bribery concept as part of a judge's rechtvinding (finding of law) of the Criminal Court that multinational/transnational corporations comply with and respect the rule of law and eradication of corruption in Indonesia. It includes in making lex specialis (law governing a specific subject matter) related to Foreign Affairs Bribery so that similar cases do not occur in the future for Indonesia.

Satria Unggul Wicaksana Prakasa is a senior lecturer at the Faculty of Law, Universitas Muhammadiyah Surabaya, Indonesia. He is currently Executive Director at the Centre for Anti-Corruption and Democracy (PUSAD) at the same university. 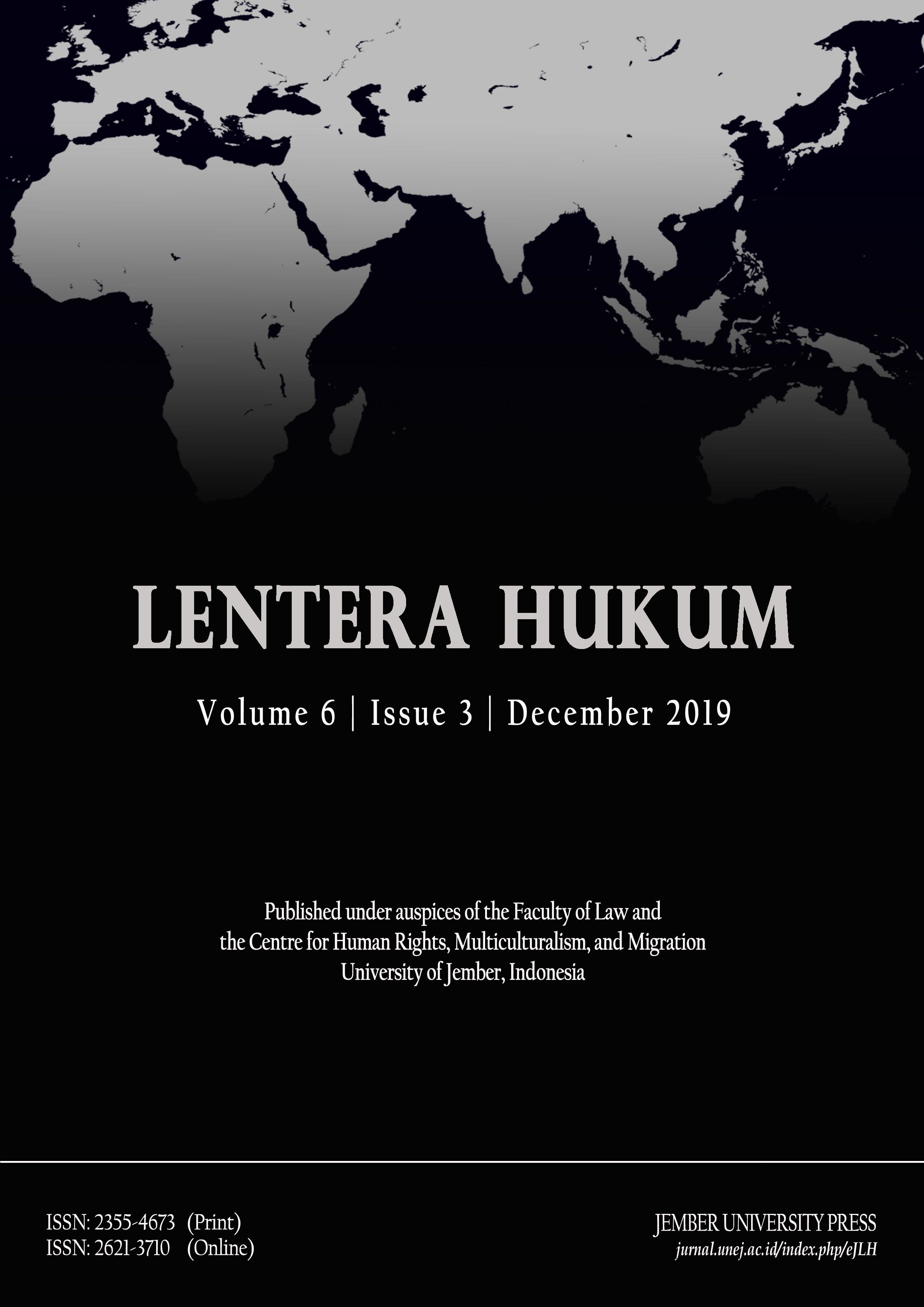 LENTERA HUKUM (Journal of Legal Studies) is an open-access peer-reviewed journal at the Faculty of Law, University of Jember, Indonesia. All papers published in this journal were under a double-blind peer-review. Published three times a year (April, July, November), this journal aims to publish impactful scholarships that reflect the increasing importance of cross-border legal analysis on the Global South countries with references to Asia, the Middle East, Africa, the Pacific Islands, and Latin America.