Maesan District is the largest tobacco producer in Bondowoso. The ​​number of tobacco’s rajangan production in Maesan District is 1,311 tons with a total area of ​​1900 ha. The majority of residents in the Maesan District are planting tobacco. The largest tobacco producer in Maesan District is Gunungsari Village. Types of tobacco plantation in the Gunungsari Village are Tobacco Maesan 2. The study was conducted in the Gunungsari Village Maesan Regency intentionally (purposive method). The sampling method used in this research is the purposive sampling with 30 respondents. The datas used are primary data and secondary data. The analytical methods used are: (1) the analysis of income, and (2) the analysis of R / C ratio. The results shows that: (1) Maesan 2 tobacco farming in the Gunungsari Village Maesan District Bondowoso is beneficial to farmers, with the average income received by the farmers was Rp 12.387.619,90/ha/season; (2) The use of Maesan 2 tobacco farming costs production in the Gunungsari Village, Maesan District  Bondowoso has been efficient, with the average of R/C ratio is more than one that is equal to 1.81.
Published
2015-03-30
How to Cite
PUTRI, Erryka Aprilia; SUWANDARI, Anik; RIDJAL, Julian Adam. ANALISIS PENDAPATAN DAN EFISIENSI BIAYA USAHATANI TEMBAKAU MAESAN 2 DI KABUPATEN BONDOWOSO. JSEP (Journal of Social and Agricultural Economics), [S.l.], v. 8, n. 1, p. 64-69, mar. 2015. ISSN 2356-2382. Available at: <https://jurnal.unej.ac.id/index.php/JSEP/article/view/1781>. Date accessed: 13 aug. 2020.
Citation Formats
Issue
Vol 8 No 1 (2015)
Section
Articles 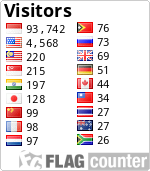