The patriarchal culture that is still inherent in the life of the people of Lojejer Village also makes men's power in decision making often carried out without comparing how big the roles played by men and women. This study aims to find out the gender relations and to find out gender issues that occur in the coconut sugar craftsman family in Lojejer Village. Determination of the location in this study was carried out purposively (purposive method). This research is a qualitative research. The method of determining the informants used was purposive sampling technique. Collecting data using interview, observation, and documentation methods. The analysis used is the Havard analysis and also the Miles and Huberman analysis.

The results of the research conducted show that the division of productive roles between husband and wife dominates each other, the reproductive role is dominated by the wife, and the social roles of husband and wife have the same roles. Husbands and wives exercise access to and control of resources, while the access and control of the benefits obtained is dominated by the wife. The gender issue that occurs in the family of coconut sugar craftsmen is the dual role played by the wife, however this has become normalized by the local community (culture), so that there is no compulsion felt by women. The efforts made by the coconut sugar craftsman family in minimizing the form of gender inequality, namely by good cooperation, being aware of each other's obligations and understanding each other in solving problems. 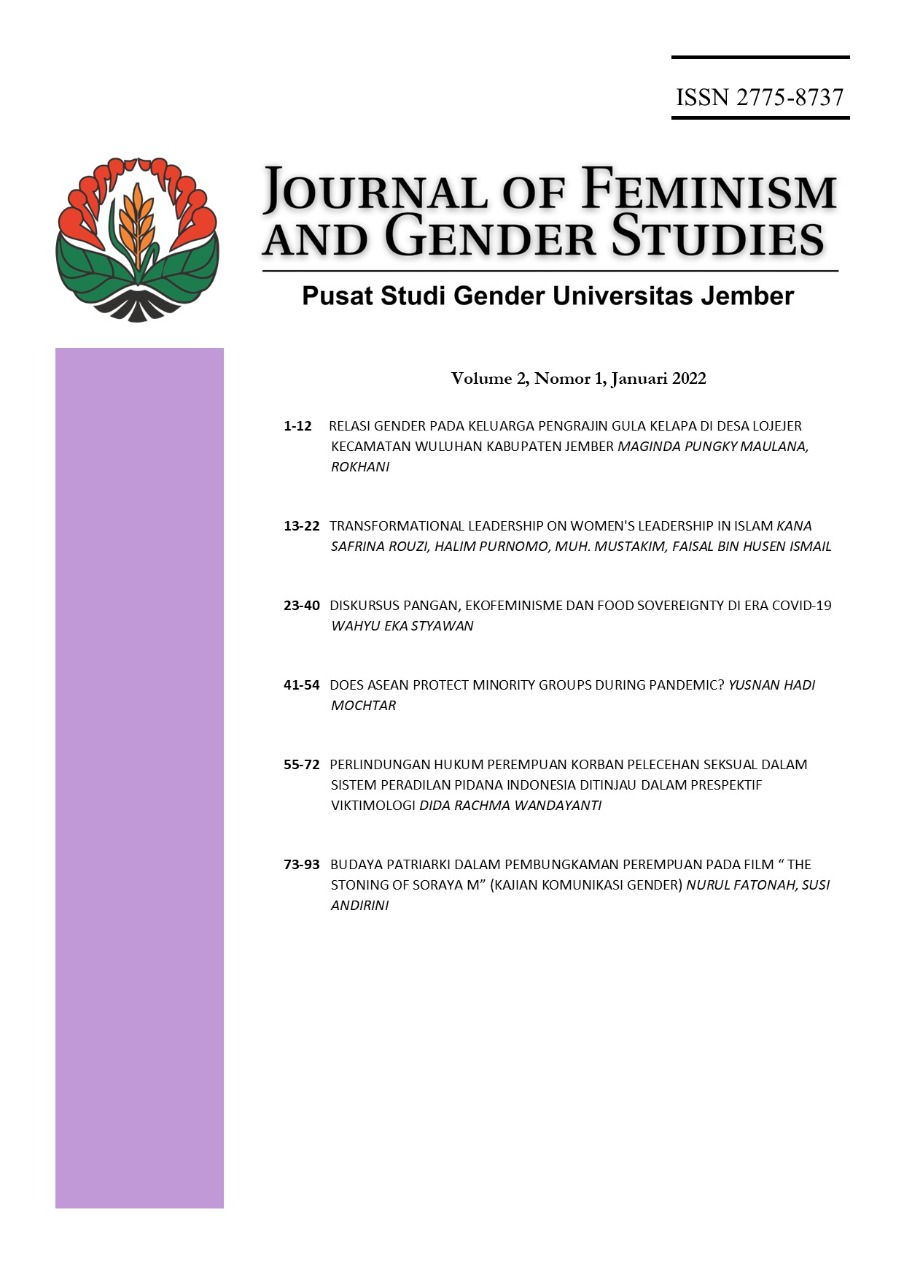