ABSTRACT
Guru bangsa: Tjokroaminoto is a biographical genre film with the theme of nationalism.
It is a film that tell one Indonesia’s historical figures, HOS Tjokroaminoto who has a spirit of
nationalism as he is willing to leave his noble status. Released in 2015, directed by Garin
Nugroho. The nasionalism symbol purposed to makes envinroment more know about a national
identivy. It can be enjoyable in every media, includes film. Based on the description above, the
researcher is interesting to comprehend the symbols of nationalim in the film of Guru Bangsa:
Tjokroaminoto. The type of this study is descriptive qualitative which will be used to obtain the
result that have an important role in conveying the symbols of nationalism in the movie Guru
Bangsa: Tjokroaminto based on Christian Metz’s theory of semiotics presented through the mise-
en-scene aspect. 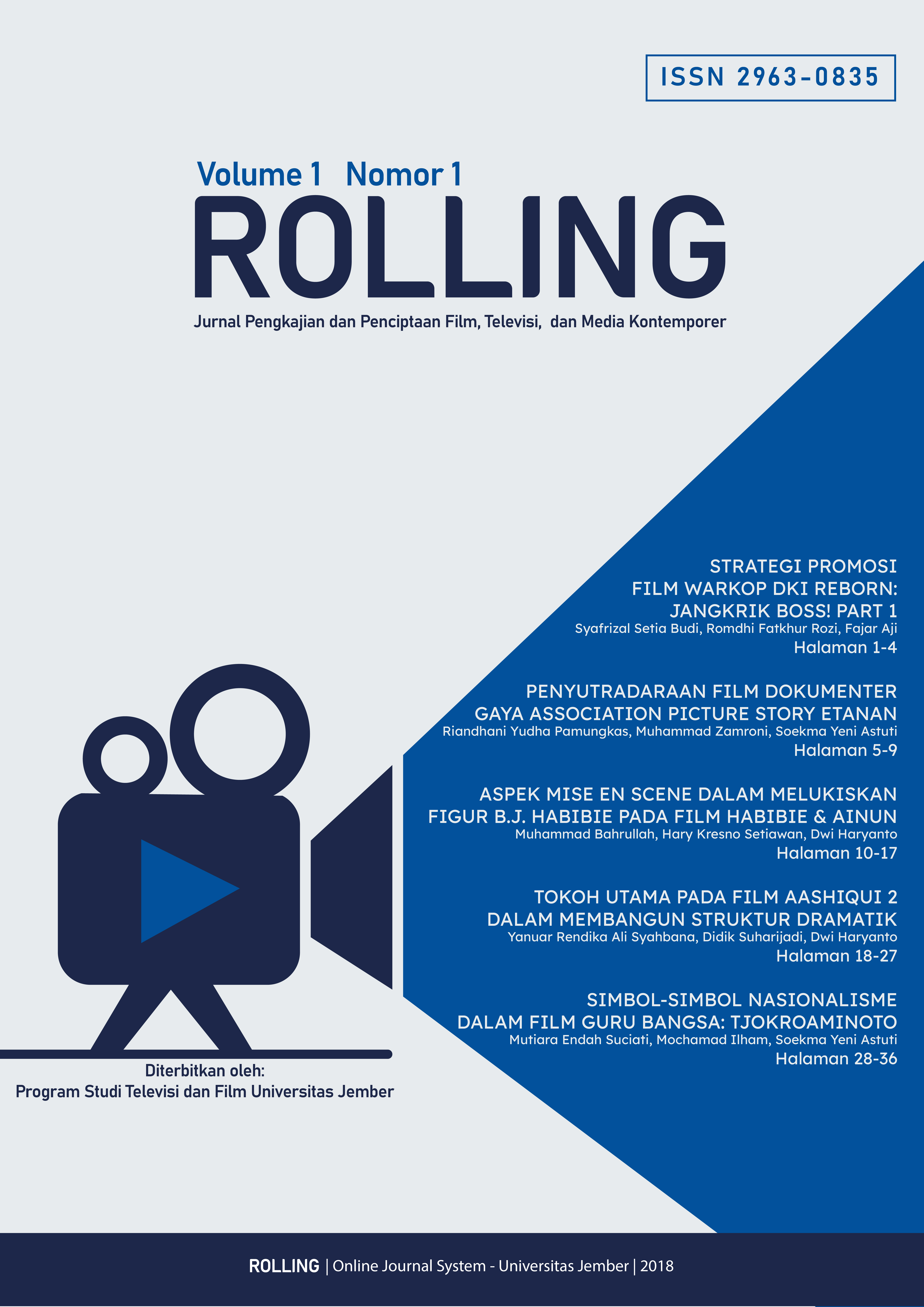