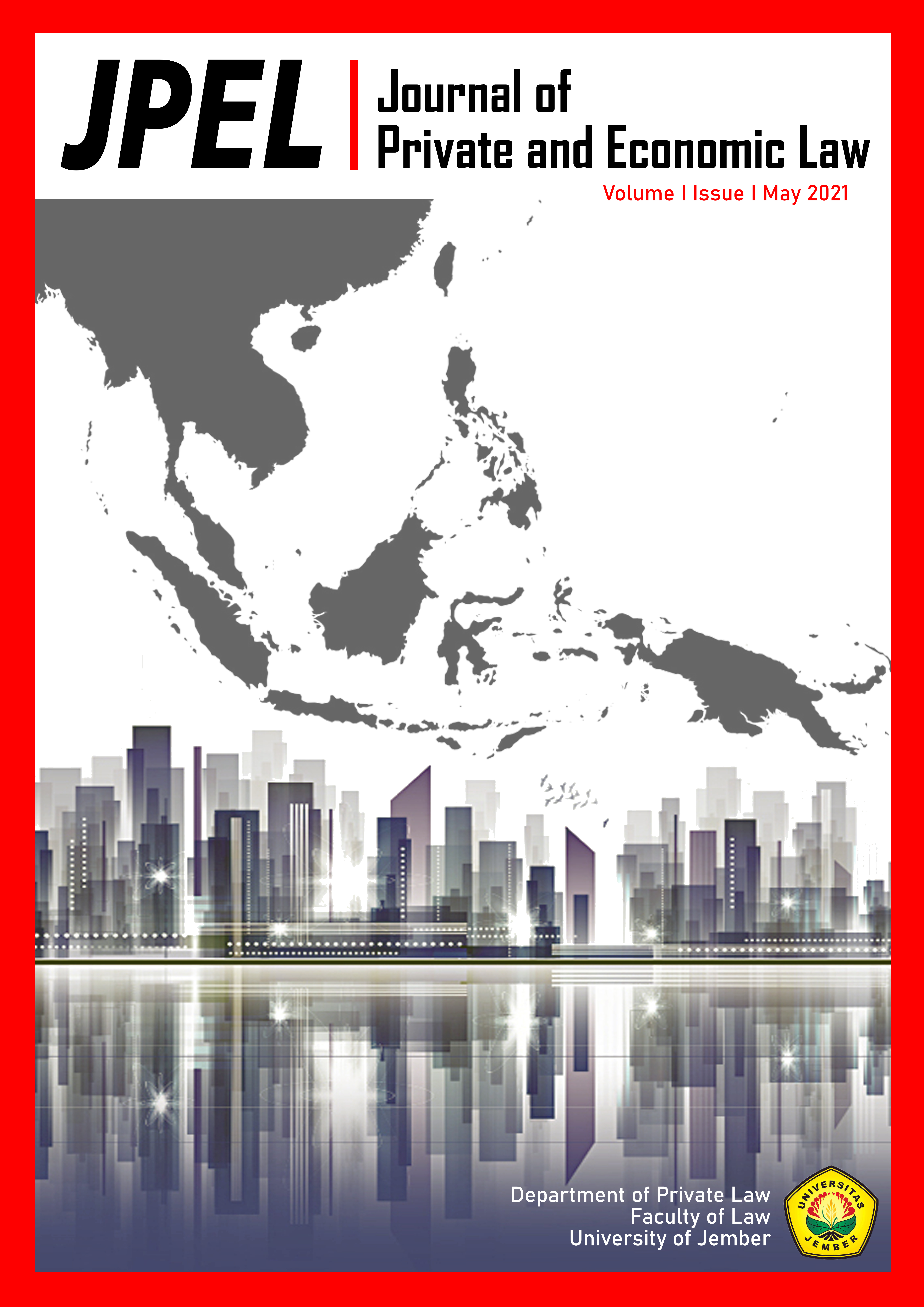 The Journal of Private and Economic Law (ISSN 2797-8702) is a refereed journal published by the Private Law Department, Faculty of Law, University of Jember, Indonesia. The Editorial Board ensures that all papers published in this journal were under a double-blind peer-review. Articles submitted to this journal should cover contemporary issues of private and economic law, under doctrinal, comparative, and socio-legal approaches.

Manuscript submissions should be between 6,000-10,000 words in length, although shorter papers relating to the policy with international and comparative perspectives will be considered. The peer-review process and decision on publication will be normally completed within 60 days of receipt of submissions. Please see our Instructions for Authors for information on manuscript submissions. If you require any further information or help, please visit our Support Center.

All papers published in the Journal of Private and Economic Law are licensed under a Creative Commons Attribution-ShareAlike 4.0 International License.