Emancipation and Gender Equality became a hot issue in the 20s. Women are judged to be entitled to the same rights as men in education, politics, economics, and others. Rohanna Kuddus, a woman from Koto Gadang, West Sumatra, dedicates her life to improving women of origin. In the 19th century, Minangkabau women were still underprivileged and marginalized. Rohana Kuddus believes that women must make a move to change their condition. Various movements were pioneered by Rohanna Kudus, ranging from gender struggle movements to politics. Rohana Kuddus: Gender and Socio-Political Movements uses research methods to collect interview sources, books, journals, and data from the internet that discusses Ruhana Kuddus. The limit of this paper is to look at the movements of Rohanna Kuddus in achieving gender equality and the various political movements that are running. 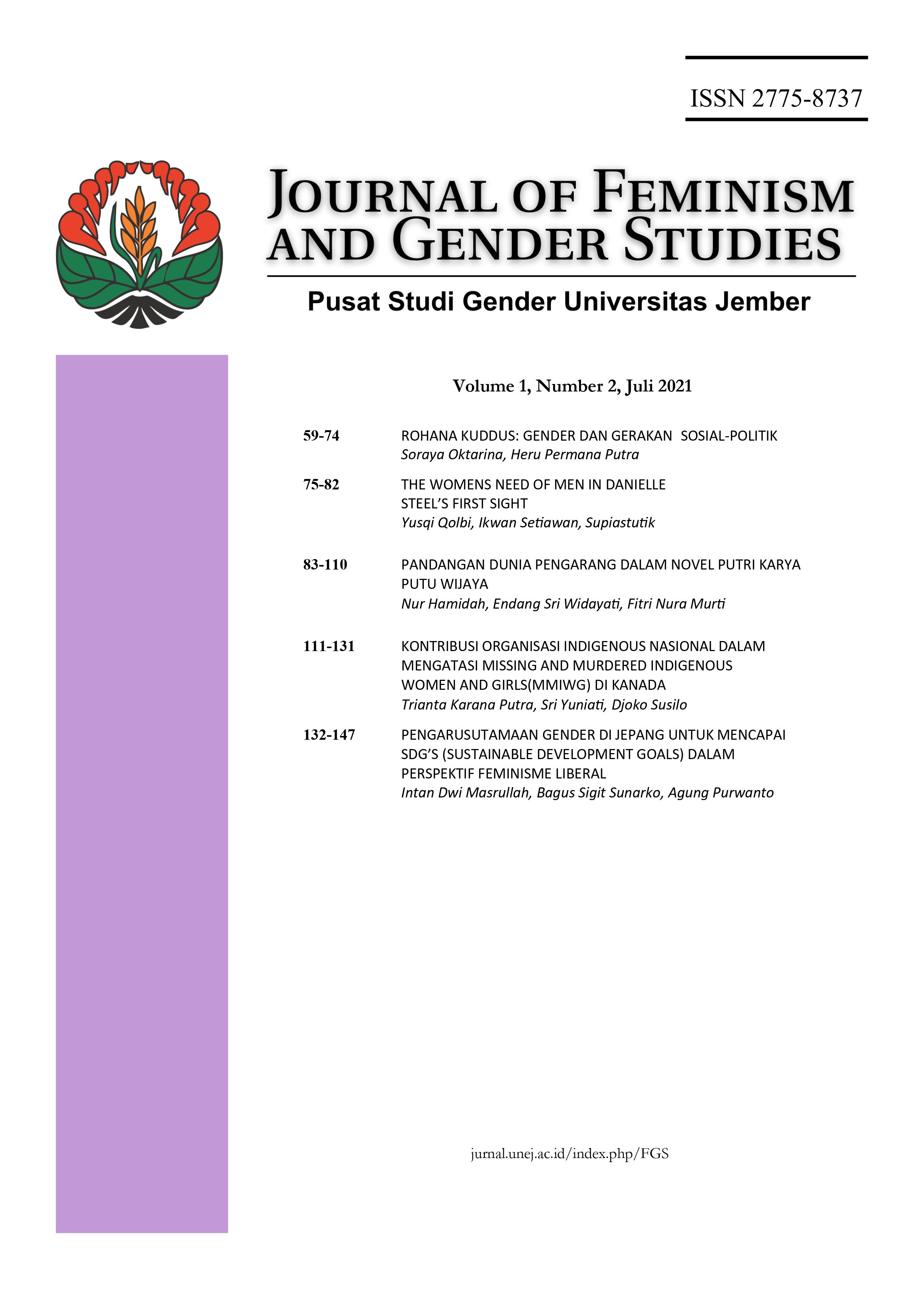 Journal of Feminism and Gender Studies has CC-BY-SA or an equivalent license as the optimal license for the publication, distribution, use, and reuse of scholarly work. Authors who publish with this journal retain copyright and grant the journal right of first publication with the work simultaneously licensed under a Creative Commons Attribution-ShareAlike 4.0 International License that allows others to share the work with an acknowledgment of the work's authorship and initial publication in this journal.