Relationship can be seen from the similarity of the cow and bull. One method to find out about the phylogenetic relationship between species is by using cranial morphometry (craniometrics). The purpose of this research was to identify morphological cranium Bali cattle , banteng baluran , and banteng merubetiri based on the parameters measured .This research was conducted in August and ending in October 2013 , held at the National Park Baluran and Merubetiri National Park. The design of this research is descriptive quantitative research , using data analysis kalster ( cluster analysis). Parameters of this research using 15 indicators that have been established in accordance with the research Hayashi , 1982. Materials used in this study are adult male cranium Bali cattle obtained from abattoir ( Slaughterhouse ) Denpasar in January to July 2013 a total of six specimens . Cranium of an adult male bull that used a total of six specimens . Five specimens were collected from the National Park consisting Baluran ( two cranium that is banteng baluran 4 and 5 in 1992 ) and the ( three cranium is banteng baluran1, banteng baluran 2 , and banteng baluran 3 in the 2012-2013 ) . Cranium specimen obtained from the sixth bull collection Merubetiri National Park . Measuring instruments used in this study is the large calipers with a precision level of 0.01 cm . The results of this study showed that the cranium cluster of Bali cattle with coefficient range of 0.016 to 0.042 in contrast to the first cluster is bull cranium specimen glaze 1 bull , bull glaze 2 , 3 baluran bull , and the bull merubetiri 1 , with a coefficient value of 0.047 to 0.161 range . Bali cattle cranium differ significantly with cluster cranium second bull is a bull glaze glaze glaze bull 4 and 5 with the coefficient of 0.162 to 0.251 range. Merubetiri bull glaze and form two clusters , the first cluster bull bull glaze consisting of 1 , 2 bull glaze , glaze bull bull merubetiri 3 and 1 , while the second consists of a cluster bull bull bull glaze glaze 4 and 5 . Turns bull glaze specimens collected in 1992 in contrast to the bull glaze specimens collected in 2012 and 2013. Bull glaze specimens collected in 2012 and 2013, closer to the bull merubetiri specimens . And the bull specimens closer distance coefficient with Bali cattle. The conclusion of this study is the overall specimen Bali cattle entered in a cluster , different from the first cluster and cluster bull bull both . The first cluster by cluster bull bull both are in different clusters. 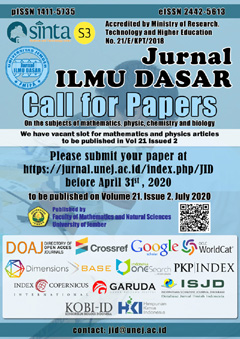